Your car stereo provides in-car entertainment when you hit the road. But what happens if you leave the radio on after turning off your engine? How long before your car battery runs out of juice?

A car battery will die with the radio on after eight hours of continuous use when the car engine is off. However, this depends on the battery type and whether the stereo uses a subwoofer or an amplifier. Accessories can reduce listening time to about four hours before the battery runs out.

This article explains everything you need to know about the impact radios have on your car battery, particularly when your engine is off. I’ll also discuss a few cool tricks to keep your radio running with your car off without draining your car battery. Read on to gain a better understanding of car battery life in correlation to radio usage.

Can a Car Radio Drain Your Battery?

A car radio can drain your battery if you let it play for long hours when the car is not running. This is because the electrical system of your car comes on when you turn on the radio or stereo, which can increase the parasitic draw on the battery.

However, keep in mind that car radios don’t need a lot of power, even in modern cars with powerful stereos, speakers, and amplifiers. It is highly unlikely that listening to the radio will drain your car battery when you are on the road with the engine running.

Still, leaving the radio on for several hours when the engine is off can slowly drain the battery and eventually run it down. Because of this, it’s better to practice good habits and only listen to the car radio when you’re driving. It might be a good idea to bring a portable bluetooth speaker with you so you can listen to music in a parked car without draining your battery.

Practicing good habits and being mindful of your energy usage can increase the longevity of your car’s battery. This can help prevent car break-downs, or less-favorable situations where you’re stranded with a dead car battery.

How Long Can a Car Battery Last With the Radio On?

In most cases, the battery capacity in older cars is around 40Ah. This capacity is enough to last for several hours because older car radios usually don’t have powerful subwoofers, speakers, and amplifiers.

You can leave the radio on with the volume set at a conversational level for many hours without draining too much battery power. While doing this, the radio will only draw about 0.25 to 1.5 amps. This is significantly less than the usage correlated with louder radio volumes.

On the other hand, most modern cars have battery capacities of about 60Ah, meaning they can deliver roughly 6 amps for approximately 10 hours or 60 amps for up to an hour.

And while their battery capacities are higher, the stereos feature more energy-consuming amplifiers and subwoofers. These stereo systems can draw anywhere from 1.6 amps or higher, even with the stereo volume at zero or when the car stereo is idle.

You can expect modern stereos to draw approximately 5 amps of current with the volume set to some conversational level. But when you turn the volume up to the maximum, the device can draw more than 10 amps of current.

How to Prevent Your Car Radio From Draining Your Battery

First things first: always remember to charge your battery fully if you plan to listen to your radio for long.

However, the best way to avoid draining your battery is to bring a portable radio during your car trips.

Of course, your car’s built-in radio produces excellent sound via FM stereo, especially if you have a modern car. However, this can quickly consume all the current in your battery if you operate the car stereo for a long time.

Thankfully, many modern pocket or portable stereos can produce high-quality sound. With high-quality sound output, it’s not always necessary to turn up the volume to high and strenuous levels. Thankfully, this can help prevent your car battery from dealing with unnecessary strain. This creates a win-win situation: great sound, low amounts of battery drainage.

Another good way to keep your battery from dying when you listen to the radio in your car is to fire up the engine at intervals to recharge the battery and keep it from running out of juice.

How to Listen to Your Car Radio With the Engine Off

Now, let’s get to the “cool tricks” I mentioned earlier in the introduction. There are a couple of ways to listen to your radio with the engine off, yet you won’t cause any drain on the car’s battery.

Here are two simple ways to do this:

Let’s expand upon these tricks in greater detail.

Put Your Car in Neutral Gear

The neutral gear in your car can do more than create a break between the drive wheel and the engine.

Put Your Car in Accessory Mode

The accessory mode is only available in modern cars, so this second method may not work for you if your car is an older model.

Also, note that while your radio doesn’t require a lot of power, operating other accessories like your car AC for too long in accessory mode can drain your battery.

How Long Can a Car Battery Last in Accessory Mode?

Assuming you have a modern car that supports accessory mode, the next logical question would be how long can you leave your car in accessory mode. Let’s look into this.

A car battery can last between 30 to 45 minutes in accessory mode. However, this duration depends on the car model. Many newer automobiles can automatically turn off the accessory mode after about 20 minutes to prevent the battery from completely running down.

Here are some factors that determine how long you can leave your car in accessory mode:

It’s important to keep in mind that every car is different. The amount of time your battery can last in accessory mode depends entirely on the age, model, and general functionality of your car. If you’re worried that your battery won’t last long in this mode, it’s better to be safe and try other radio options instead.

Signs of a Faulty Battery, Radio, or Wiring System

The electrical system in your car works just like any other appliance you have in your home. Power consumption should stop once you switch off the engine and the radio and other devices.

However, if the battery consistently runs down even when you practice mindful energy usage habits and don’t listen to the radio more than the battery can handle, something might be wrong with your car.

The issue could be faulty wires or wrong wiring, especially if there are recent repairs on the wiring system. You may be dealing with an incorrect stereo installation or a bad battery.

If you notice any of the following signs, your battery is likely to die out very quickly:

Never operate your car if you suspect a faulty battery. It can be dangerous to drive a car with a faulty battery. Your best bet would be to have a professional check out the battery and determine whether or not you need a replacement.

The cost of buying a new battery may have you wondering whether or not to recharge your old, dead battery.

You can recharge a dead battery, but it is not good to do so. It is usually best to buy a new battery if your old one is completely dead. Recharging a dead battery can lead to total component failure.

Usually, you should try jump-starting your car’s battery if there is still some sign of “life” in it. A set of jumper cables will come in handy for this task.

However, do not jump your car’s battery if it is completely dead, and it can be extremely dangerous, especially if the battery is leaking.

A good alternative is to invest in a newer automobile with highly advanced technology if you want to skip the hassles of dealing with dead car batteries. Turning on the ignition in these cars automatically charges the battery, thanks to the cutting-edge design of the electrical system.

As you may have guessed, a self-charging car doesn’t come cheap. Still, it is a good investment if you can afford it.

Leaving your radio on can drain your battery if the device stays on for hours. Turn off your car stereo if you are not driving or if the engine is off. This will prolong your car’s battery life and avoid unnecessary issues with the battery and other electrical systems.

Indeed, having entertainment while on a road trip can be a more pleasurable driving experience. But it is more important to avoid damaging your car battery. To avoid potentially hazardous situations, be mindful of energy usage. This can increase the longevity of your vehicle’s battery and keep your car working properly. 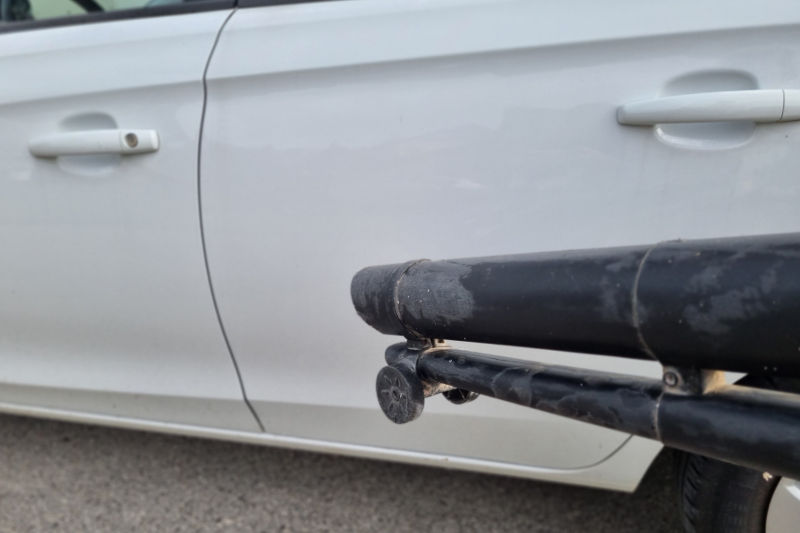