If you have a vehicle, you know that you must occasionally do repairs and maintenance to keep it in working order. Sometimes cars will accumulate rust on different areas of their frames or even the moving parts like rotors and brakes. Removing rust from the vehicle is essential, and a brake cleaner may help you do the job.

Brake cleaner can remove rust, but only at the surface level. The chemicals in brake cleaners dissolve surface rust and remove other dirt and debris from a vehicle. Brake cleaner also evaporates quickly, leaving no sticky residue.

What Does Brake Cleaner Do?

Brake cleaner is a helpful cleaner that will remove grime, debris, oil, dirt, and some forms of rust. The product generally comes in an aerosol can and can be used quickly and efficiently during most simple vehicle maintenance jobs. Brake cleaner should be used cautiously in a well-ventilated place due to its chemical content.

How Does Brake Cleaner Work?

So, here’s a rundown of what makes these cleaners different:

Brake cleaners work by dissolving debris, oil, dirt, and rust with various chemical components and solvents. Most surface dirt will run off as a liquid once the brake cleaner has been applied and let sit for a small amount of time.

Rust and corrosion vary by the depth of the oxidation in the metal. Oxidation is a scientific process that occurs when certain metallic particles are subject to the elements, mostly oxygen, over time. Oxygen will oxidize and turn some metals like iron a rusty red color.

Brake cleaners will work for the more surface-level cleaning jobs when maintaining vehicle parts. The brake cleaner will only really dissolve and remove surface particulates from metals. Once rust has reached a corrosive level, brake cleaners can only do so much.

Rust formed on a metal’s surface is easily cleaned with brake cleaner and a scrub brush. Rust that has developed into a corrosive area in the metal can still be cleaned away, but the damage in the metal must be fixed, filled in, or completely replaced.

The brake cleaners’ chemicals help break down rust that has accrued or collected on the surface. These are solvent chemicals that will dissolve dirt and oil and loosen tough debris or rust particles, but they cannot go beyond the surface of metal parts such as rotors.

Brake cleaners will not remove rust in a corroded area and should only be used for surface projects.

If you are attempting to remove rust from some of the metallic parts of your vehicle, a brake cleaner may be the answer to helping accomplish the job. Brake cleaners can help dissolve surface rust and clean off other dirt, oil, and particulates.

However, when it comes to corrosion, a brake cleaner will not be able to do much. Corrosion is a more permanent process that does irreversible damage deep into the object’s metal. You should only use brake cleaners for small rust spots and surface jobs, and You should take care of corrosion with something else. 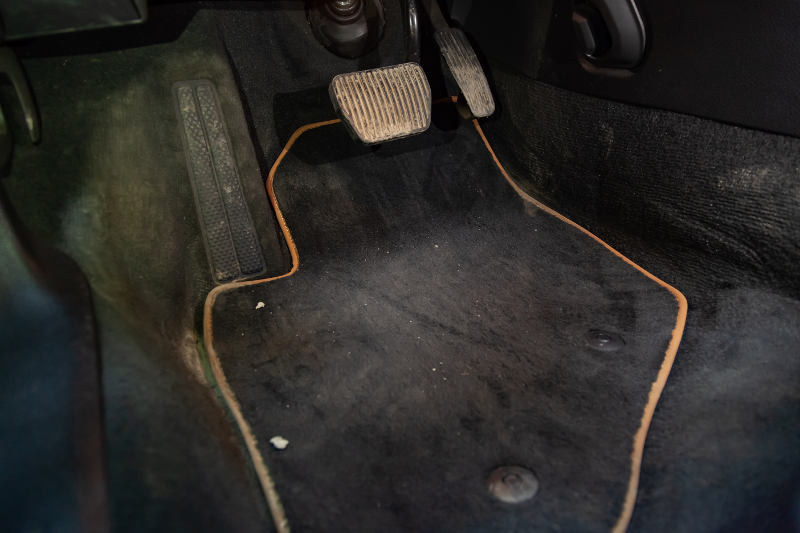