5W-20 motor oil has a lower viscosity than 5W-30 and is thinner at higher temperatures. So, while the motor operates in your vehicle, 5W-30 motor oil is thicker because it has a higher viscosity.

If you still aren’t sure which one is right for you, let’s go into some more details about the differences and benefits of both options.

Contents show
Are 5W-20 and 5W-30 Similar?
Is There a Big Difference Between 5W-20 and 5W-30?
Is 5W-20 or 5W-30 Better for Your Vehicle?
What Happens if You Put 5W-20 in a 5W-30 Car?
Things You Can Do to Prevent Engine Issues if You Used the Wrong Oil
Watch Your Speed
Monitor Engine Temperature
Change Your Oil
Conclusion

When looking at motor oil weight, it is important to note the differences and similarities before choosing the right one for your vehicle. The main purpose of motor oil is to lubricate the individual parts of the engine, but it doesn’t stop there.

Motor oil is also responsible for keeping the engine cool and protecting it from corrosion. The weight of the motor oil that you choose will play a pivotal role in completing all of these tasks successfully.

While we have discussed their similarities, 5W-20 and 5W-30 have many differences. Like we talked about above, 5W-20 is a lower viscosity motor oil, which means that it is thinner when exposed to higher temperatures. So, let’s talk about the difference that lower and higher viscosity oils can make for your vehicle.

5W-20 may not protect your engine as well as 5W-30, especially when exposed to higher temperatures. So, if you live in a place that frequently has high temperatures, you may want to consider 5W-30 as it will not get as thin when consistently exposed to heat.

Lubricating the engine parts is the main responsibility of motor oil. When motor oil is too thin, it may not be able to properly lubricate the engine parts. This can lead to overheating or even a high increase in friction. If friction in the engine is too high, this can cause the oil to burn, parts to wear out faster, or potentially lead to catastrophic failure of the motor.

5W-30 is made to not break down as easily at higher temperatures. So, it is designed for hotter engines. Another one of the main responsibilities of motor oil is to keep the engine cool. As motor oil cycles through the engine, it provides vital lubrication, but it is also helping to take some of the heat from the engine to prevent overheating.

If an oil is too thin at higher temperatures, then it will not be able to cool down the engine as effectively. Some engines are designed to work with lower viscosity motor oil, but for those that aren’t, it is vital to use a higher viscosity to protect the engine from overheating.

It is worth noting that this is not a universal experience, and it should be carefully considered before making a change in motor oil weight. Yes, higher temperatures will affect the thickness of the oil, but having thinner motor oil is not always a bad thing.

Above, we discussed how less friction in the engine could be a bad thing, but it is worth noting that it isn’t always bad. There is a balance in engine friction that you aim for when choosing the right oil weight for your vehicle. So, let’s talk about some good things that come from using 5W-20 correctly.

So, you will get better gas mileage and overall fuel economy with your vehicle because there will be less friction preventing the engine from reaching peak performance. So, don’t immediately go for the 5W-30, thinking it will work perfectly for you.

It is always best to refer back to the recommended motor oil for your vehicle. 5W-30 is the most common motor oil weight on the market, but that does not mean it is the default recommendation for all vehicles. In fact, many car manufacturers are moving toward 5W-20 as it works well with high-tech vehicles.

If you are living in a climate with very high temperatures, then it will most likely be recommended that you use 5W-30 for your vehicle. But it comes down to what is suggested by your owner’s manual. Sometimes the manual will have a few different options, but sometimes there is only one.

Though this may seem strange, a car manufacturer can only recommend the weight of motor oil that they know works well with the car’s engine long-term. So, it is important to follow these suggestions carefully.

If you don’t follow the recommendations in the owner’s manual, it can cost you down the road. Above, we talked about the dangers of using too high or too low viscosity motor oil. If you are using a weight of motor oil that is not approved in the owner’s manual, then issues you run into because of that decision will most likely not be covered under warranty.

Always stick to what your owner’s manual recommends because if you don’t and something goes wrong with your engine, then you may be stuck with the bill of replacing the engine or even needing to buy a new car.

Using oil that is too thin or too thick can cause issues with your engine working properly, and long-term issues may not be covered under warranty if you use an oil that is not in the owner’s manual.

First, it is important to know what type of oil will work with your car. Not every weight of motor oil can work with every car. So, check the manual to be sure. If it isn’t there and you haven’t already added the other oil, don’t. If you are past the point of no return, then let’s talk about potential outcomes.

Using 5W-20 instead of 5W-30 can also put your engine at risk but for different reasons. Thicker motor oil can force your engine to work harder because it creates more friction. It can increase the likelihood of leaking and sludge.

The main reason why you shouldn’t use the wrong oil in your vehicle is because of warranty issues. Like we discussed above, using an oil that is not approved in the owner’s manual means that your warranty will not cover the damage that is done.

If you used the wrong motor oil weight for your car, monitor your speed, keep an eye on the engine temperature, allow frequent cooldowns, and change the oil if you notice any issues.

There are things you can do while driving to help the engine not have to work as hard if you use the wrong oil. The key is to ensure that the engine doesn’t get too hot. These are not long-term solutions, though. So, you will need to address the oil issue, but sometimes to do that, you have to drive it a few times.

First, you want to watch your speed. Now is not the time to take chances with speed because your engine will work harder the faster you go. With the wrong oil, you don’t want your engine working any harder than it needs to. So, make sure you take it slow on your way to get it fixed.

If you notice the engine temperature gauge getting high, then you will need to pull over. The only way to cool down your engine is to turn your car off and allow it to cool down for a while. Leave your engine off for as long as you can before trying to turn it back on. This can happen more than once.

So, make sure you monitor the engine’s temperature carefully and pull over as many times as you need to to get to your destination safely. A car engine will normally take at least 30 minutes to cool down. So, make sure you let it cool all the way before getting back on the road. This will help you get more distance out of the car before it may overheat again, and it will minimize the damage to your engine that would normally occur if you kept going.

If you are driving your car and you notice that the engine keeps overheating, then it may be best to get the car towed to the repair shop or have roadside assistance come out to help. Whichever method you choose, the oil will need to be changed to get the engine working as it should again.

If a mechanic made the mistake of using the wrong oil, then they may perform an oil change for free. But if it was your decision to use the wrong motor oil, then you will need to change it yourself or pay a mechanic to take care of it.

Most roadside assistance plans will cover oil. So, if you need to get the oil changed quickly, they may be able to help. Most of the plans only cover oil being brought to you rather than a roadside oil change. So, take advantage of this feature if it is included in your insurance plan. If not, the car will need to be carefully moved or towed.

The issue of using the wrong oil is fairly simple to fix. Whether you do it at home or a mechanic takes care of it for you, you just need a basic oil change to fix the mistake. So, if you used the wrong oil and are noticing any issues with your car or just want to fix it so that it doesn’t affect your warranty, get the oil changed back to the suggested weight.

5W-20 and 5W-30 are both motor oils with the same viscosity at cooler temperatures, but 5W-20 has a lower viscosity than 5W-30 when exposed to higher temperatures. Both will help your engine remain lubricated, but you should always use the motor oil weight that is recommended for your vehicle.

There can be many downsides for using one weight or motor oil compared to another, but using the wrong one can be bad for your car. So, follow what your owner’s manual suggests to ensure you stay covered by warranty.

See also: Can You Put Oil in Your Car While the Engine Is Hot? 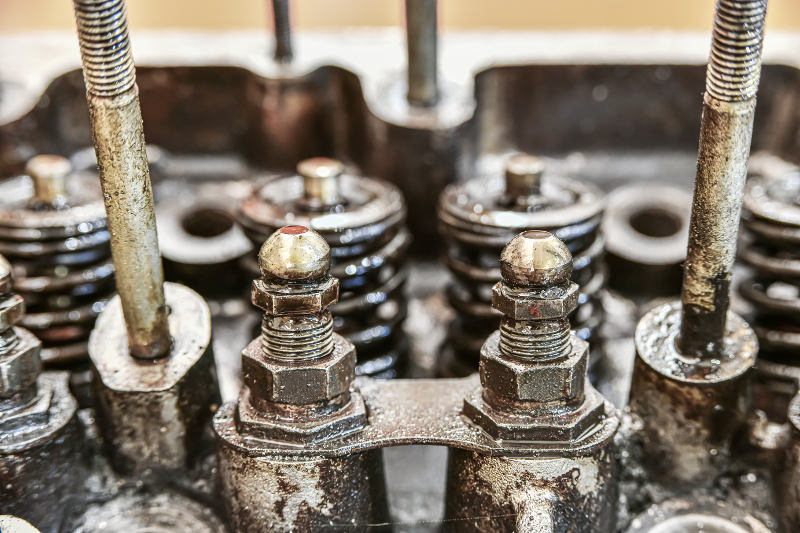 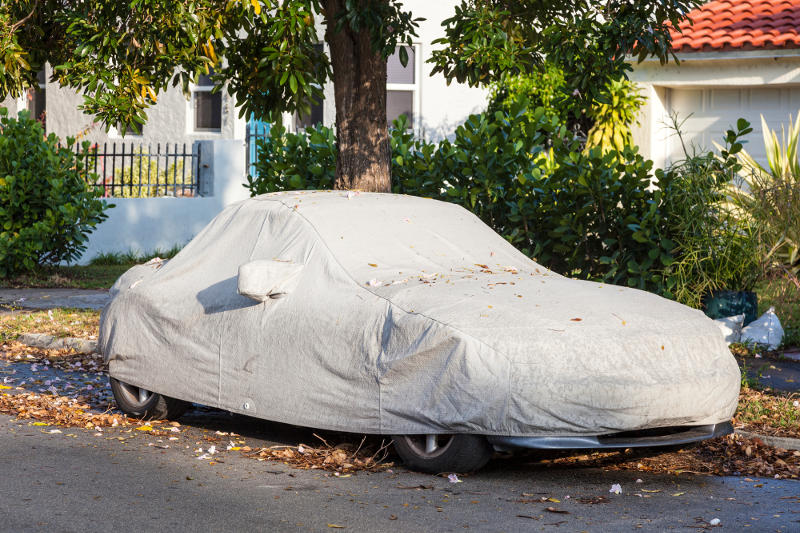